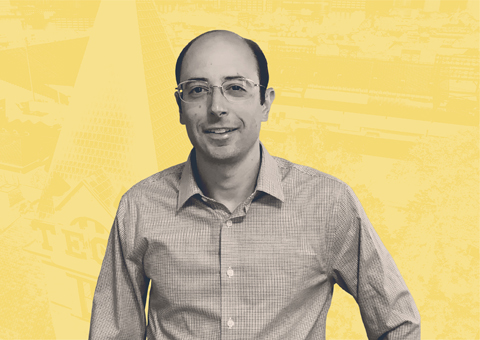 The Georgia Tech Alumni Association has selected Aerospace Engineering School alumnus Marcus Cappelli as one of its inaugural "40 Under 40" awardees.

Cappelli earned his undergraduate, master's, and doctoral degrees at the Daniel Guggenheim School of Aerospace Engineering, departing in 2007 for a career that got exciting pretty much immediately.

As the chief engineer responsible for modernizing the nation’s fleet of Black Hawk helicopters, he is well aware that he’s found his dream job. And, it’s not only the ultramodern upgrades like making the aircraft autonomous or equipping it with bigger engines to reach the peaks of Afghanistan for rescue missions that inspire him. (Although he and his team are making those upgrades, too.)

Sometimes, the most meaningful changes are much simpler, he says.

“The No. 1 request from our soldiers is for a simple battery charger under their seat, so they can stay in the field just a few hours longer,” he says. The result is a Black Hawk helicopter ready to fulfill any future mission. “Every day thousands of enlisted soldiers will get into my product and possibly have to do it putting their life on the line for my freedom. That is the very definition of committed, a commitment that we all need to match,” Marcus says.

The Alumni Association is planning to host all of the 40-under-40 Awardees at a ceremony in the spring.